In a multimedia exhibition in Radstadt’s “Kapuzinerturm” tower, the past now comes alive. The team of the Pervasive Experience Lab Salzburg (PELS) was commissioned by the Radstadt Museum Association to create an interactive projection that immerses visitors deeply in the dramatic events of the Peasant Wars. 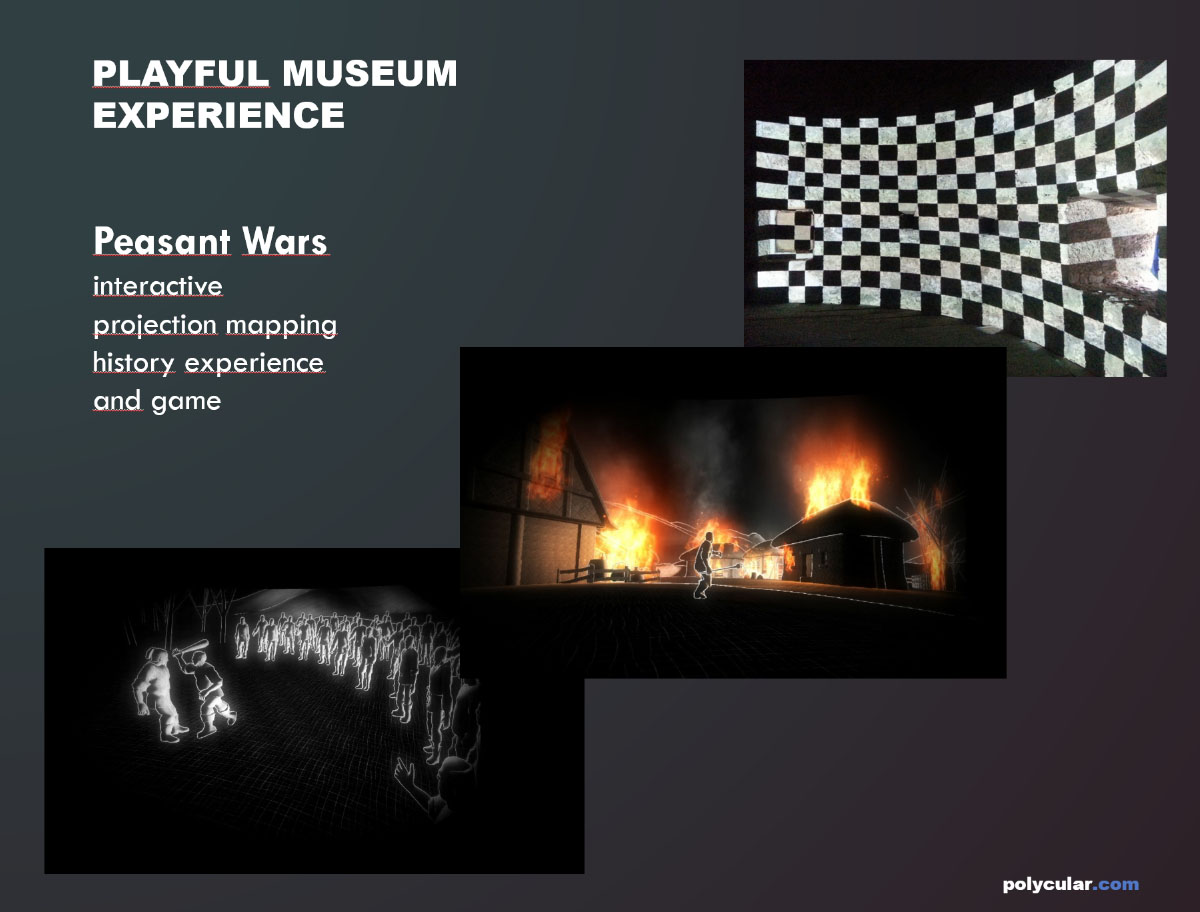 Besieged by an insurgent army, fending off several attacks and, as a reward, granted privileges by the Archbishop of Salzburg: The story of Radstadt during the Peasants’ Wars in the 16th century reads as excitingly as an adventure novel.

The projection tells the story of the Peasants’ Revolt of 1526, when peasants and miners, dissatisfied with the authorities, attempted – under the leadership of Michael Gaismair – to conquer Radstadt. The strong walls of the town held. After several unsuccessful attacks, the peasants were finally driven out by a relief army of the archbishop.

Robert Praxmarer and his team took on the interactive implementation of the story: “Our goal was to make visitors feel as if they themselves were involved in the peasant uprising.” On several occasions, therefore, visitors can intervene in the story themselves. For example, they can take part in a meeting of the peasants, help the citizens of Radstadt defend the city walls or practice sword fighting.

The interactive experience is controlled by the user’s own body movements. Technologies from the computer games sector, such as the Microsoft Kinect 3D camera, are used. The entire installation runs in a game engine, is a machinima – the word is composed of “machine” and “cinema” – and this is what makes the interactive parts of the story possible in the first place.

The project was accompanied by the chairman of the museum association Prof. Heinz Hubacek and by Univ.-Prof. Dr. Heinz Dopsch, who as a historian contributed significantly to the storyboard. 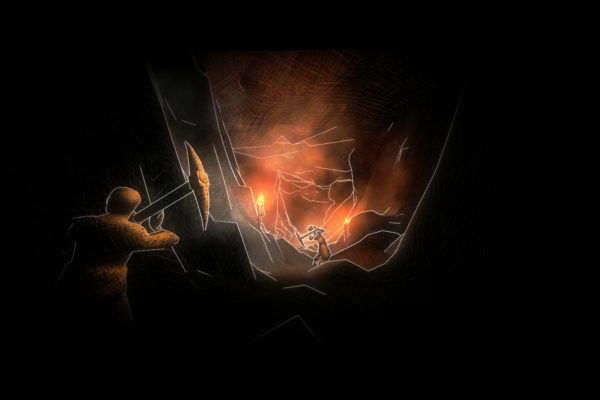 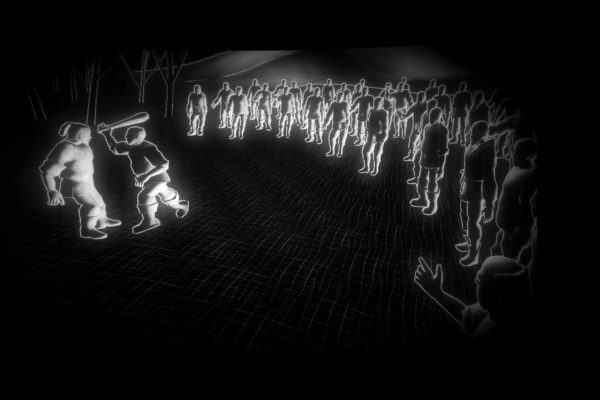 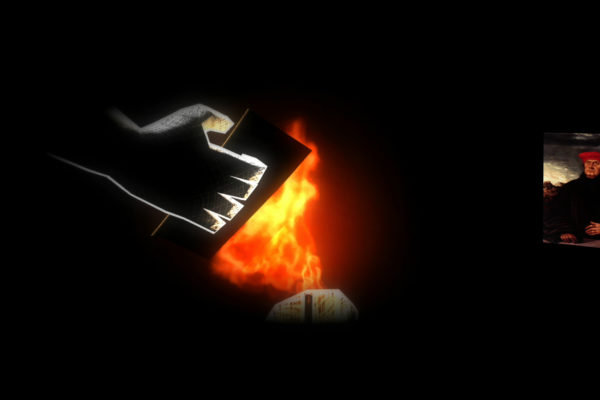 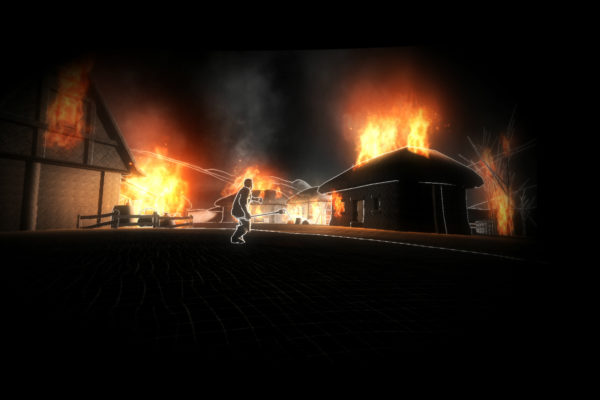 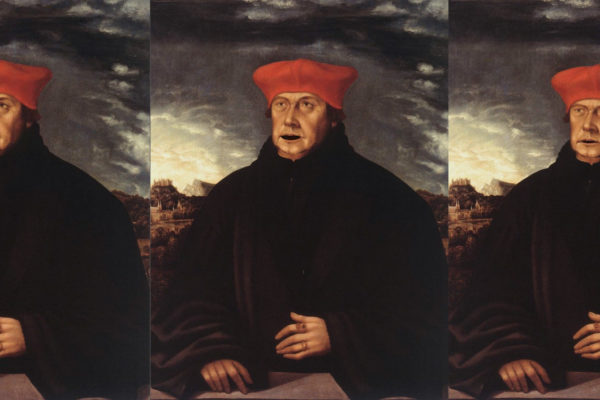 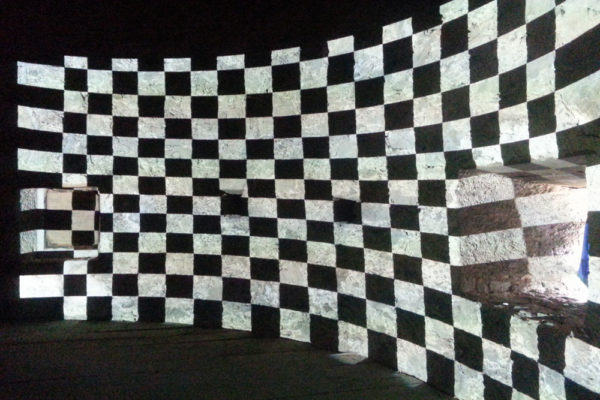 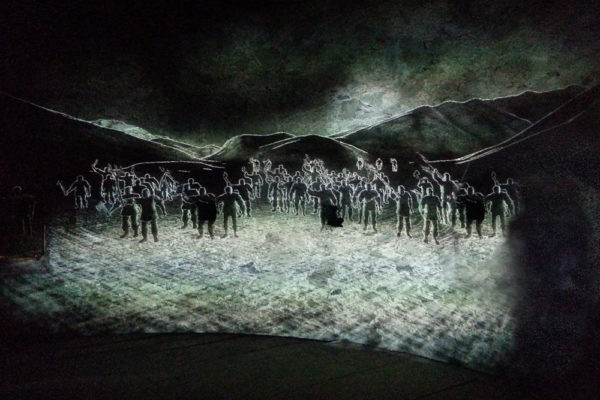